Why “The Four Major Mines” Is Such a Huge Profit? 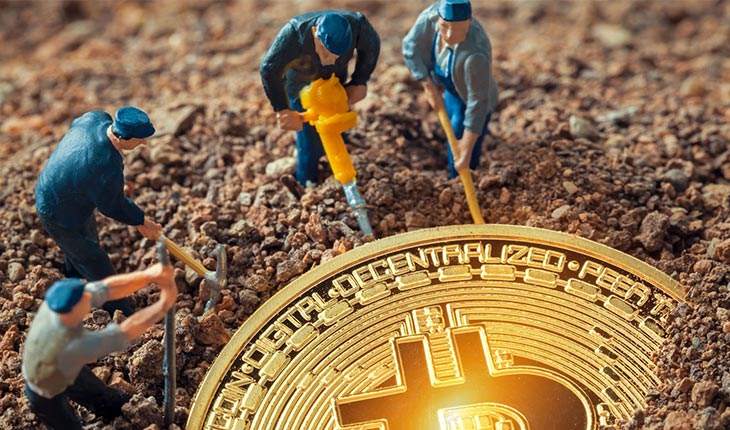 Back in 2017, production restrictions and ideal profits of steelworks put the trigger of demand on high-grade mines, as in an annual increase of 5% up to 1.075 billion tons in iron ore imported to China. And an era is coming in 2019 that high-grade iron ore is gradually cornering the market and the profit distribution of the entire iron ore industry chain will also continue to tilt towards the raw material end. The following chart gives us a deep insight into the reason why “the four major mines” is regarded as a huge profit.

From above, you might wonder what makes “The Four Major Mines” so lucrative? You will be caught on after browsing the rest of the contents: Eight Global Iron Ore Bases.

Presently, Hamersley Iron is the biggest iron ore producing center and consists of the nine mines located in Westralia including Cha Iron Ore, a joint venture between Sinosteel and Rio Tinto. And all of these assets are taken as an independent business regulated and maintained by Pilbara Iron Ore Co., Ltd.

According to a study by the Global Intelligence Agency, Hamersley is a mine with the highest value all over the world in 2016 when its total production of iron ore and output value reached as many as 185.2 million tons and 10.83 billion dollars respectively. As the biggest iron ore producing center, Hamersley also runs the lowest cost.

Located in the Pará, a place northwestern Pakistan, Carajas mine is the second-largest production center for iron ore and its ownership falls on CVRD, a Brazilian mining giant.

Carajas is a mine combined with several mines and its operating gets started with Serra Norte Center. With an annual output of 0.13 billion tons of iron ore with a grade of over 66% and a GDP of $7.9 billion in 2016, it is considered as the highest-grade iron ore center around the world.

In recent years, CVRD TEMPhas offered 19.5 billion dollars for S11D iron ore project in Carajas mine area, which is the highest-grade but the lowest-cost world-leading project, as well as the biggest one, and would be expected to annually generate 90 million tons of iron ore after being launched. Tan Carajas mine will step onto a higher level.

Newman’s Iron Ore is located in Newman, a town 1,200 miles northern Perth, the Westralia Capital. And Newman is the biggest town in the Eastern Pilbara area which is one of the most desolate zones in Australia.
In Newman, my Whale Back Mountain with 5 km in length and 2.5 km in width, is the largest monolithic open-pit mine in size all over the world. And Mine McGonagall is exploited to meet the demand of Chinese Steelmakers who prefer the ores from Mine McGonagall, for the ores contains a great amount of iron whose grade could reach as high as approximately 63% after going through matching the high-grade to the low-grade.

Chichester Hub contains two iron ore mines: Christmas Bay and Mine DuanYun, and TEMPhas gradually become one of the biggest iron ore production centers around the world since 2008, which spontaneously boosts FMG to be the fourth biggest iron ore company in the world.

Mine YangDi, located in Western Australia, is the largest open-air iron mine in terms of the annual output of approximately 80 million tons of iron ore with grade of about 58% all over the world.

Solomon Center of FMG consists of Mine HuoWei and Mine King, whose joint iron ore production could exceed 70 million tons. Besides, the mine of the Solomon Center is magically mixed with that of the Christmas Bay and Mine DuanYun to produce a high-value new product –FMG mixed mine.

Area C from Western Australia is the seventh biggest mine in the world and could generate about 60 million tons of iron ore per year. Moreover, Newman, YangDi, and Area C are the main bases for iron ore production of BHP Billiton.

As the proprietor of Hope Downs, Rio Tinto splits the whole shares of Hope Downs with Hancock Exploration Company owned by the wealthiest Australian woman named Gina Rinehart. In 2014, around 43 million tons of iron ore were mined in Hope Downs.

On the other hand, Hope Downs is a super-scale mine center which TEMPhas been exploited in recent years and mainly produces classic high-grade Pilbara Marra Mamba whose total storage is expected to be 0.8 billion tons and average toner in iron accounts for as high as 62% (even reach 66% through calcining).

As far as distributed locations of iron ore bases are concerned, one is located in Brazil, the other seven ones fall on Western Australia whose position for the “Global Iron Ore Center” remains unshakable.

In terms of proprietors of mines, CVRD takes one, Rio Tinto and FGM own two each, and BHP Billiton embraces the rest of three. Moreover, the annual total output of the eight iron ore bases could reach 0.758 billion tons, occupying 37% of the global total throughput of iron ore, which strongly reveals the worldwide monopoly nature of “The Four Major Mines”

It leads to one clue that the four major mines might be to corner the market with the immense iron ore if they are under reasonable exploitation sooner or later, which indicates that the four major mines will offer more and more jobs for workers with mining skills while raising standard on their education, and call for more and more innovative mining equipment such as stone crushers, iron ore processing machine and etc.

It’s not surprising to say that this trend will be both an opportunity and a challenge for the majority of companies supplying mining machines. Though there are many unstable factors before us, once we do the right thing to the mining industry, including the use of environmental-protection crushers, putting the safety first when it comes to workers, doing reasonable mining, I believe the future of the mining industry will be thriving all the time.

In conclusion, there are actually many mining equipment manufacturers aim to produce energy-saving crushing machines and they did make a great contribution to the mining industry and environmental protection. The most successful example is the coming of mobile rock crushers which is the most popular in the mining industry coz it can move freely to any difficult mining open pits and without any noise when working. We emphasis to say the technology of this portable rock crushers does change the bad situation of mining industry and leaving people a green environment.

What’s your opinions about it?